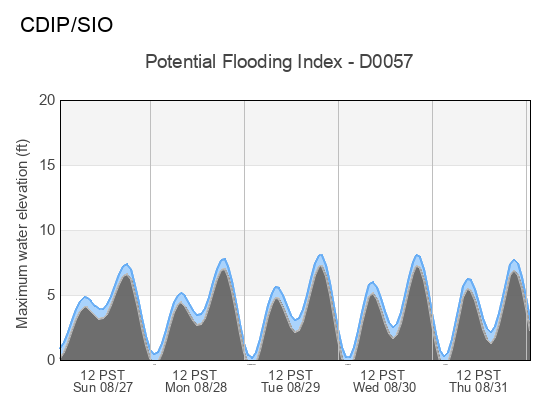 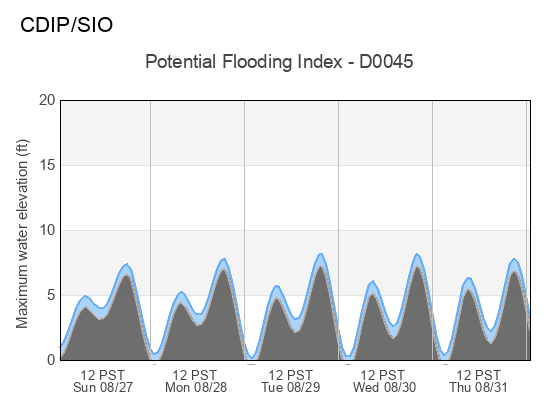 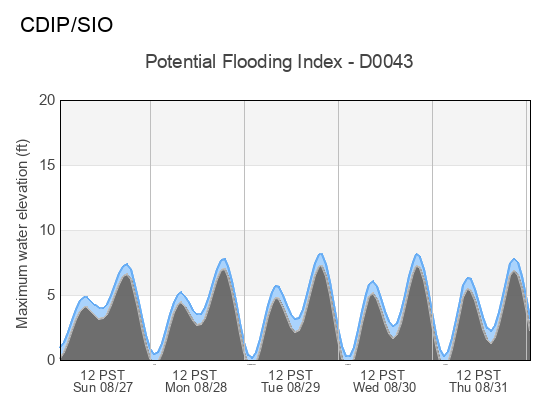 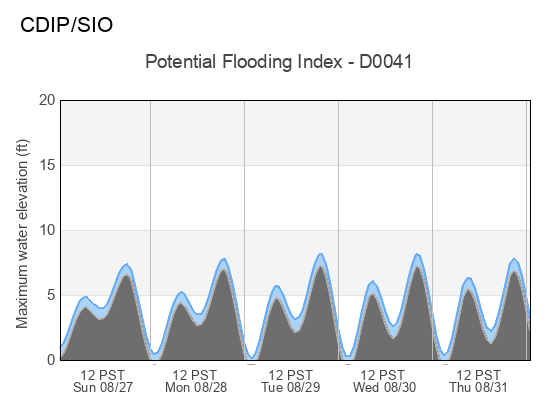 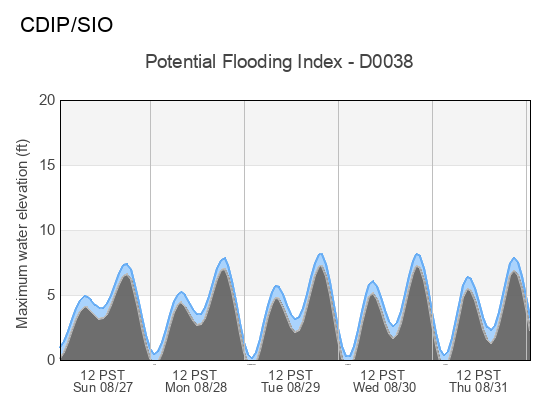 How plots are made

Plots are produced using tide data from the NOAA La Jolla, CA tide station and wave data from the CDIP regional wave model. The runup, or vertical level reached by 2% of waves (R2%) is calculated using the following estimate from Stockdon et al (2006):

where H0 is the incident wave significant height, T is the wave period, and L0 = (g/2pi)T2 is the deep water wavelength. In this instance, Tmean is used instead of Tpeak used in Stockdon, to eliminate jumps in R2% in bimodal waves with approximately equal sea and swell energy. The maximum water level is defined as the tide + R2%. H0 and L0 are calculated using parameters from the CDIP regional wave model in 10m depth and averaged over a 500m alongshore section. Predicted tides from the NOAA station are adjusted by adding in the difference between the last monthly mean MSL value and the MSL datum (1983-2001) for the La Jolla, CA tide station.